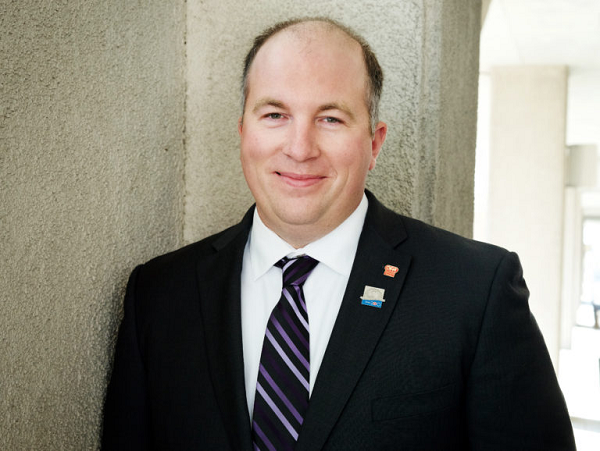 Empty grocery store shelves in the Netherlands have made headlines recently, as farmers blocked food distribution centres in protest of strict government nutrient regulations. They’re very worried that pending legislation will not only put many of them out of business but will also affect food production – potentially making those empty store shelves a more frequent occurrence in the future.

In nearby Denmark, farmers are awaiting their government’s release of a carbon emissions tax scheme for agriculture, phase two of a tax introduced on other sectors of its economy earlier this spring. They, too, are concerned about their ability to meet new standards in a short amount of time and how it will affect the viability and competitiveness of their farm businesses and their ability to produce food.

Food security is a more heightened topic in Europe these days than it has been for a long time, due in large part to the Russian invasion of Ukraine and the ongoing conflict between two countries who are not only large global food producers, but also the source of many of the fertilizers farmers around the world depend on to grow their crops.

Here at home, the federal government is also turning its sights on reducing greenhouse gas emissions from fertilizer use, and last year announced a national fertilizer emission reduction target of 30% below 2020 levels by 2030. They’ve now launched consultations with farmers, the fertilizer industry and provincial and territorial governments to figure out how they’re going to make that happen.

As farmers, we very much care about climate change and emissions. We work with nature when we raise livestock, grow crops and work the land, so we’re impacted very directly by changes in the environment and the weather as much or more than anybody else.

And we’ve already been taking action for years to reduce farming’s impact on air, soil and water. The Environmental Farm Plan, for example, was launched in the 1990s by farm organizations to help drive positive environmental change and since that time, farmers and governments have collectively invested hundreds of millions of dollars in positive on-farm improvements.

On my farm in the Golden Horseshoe region, like on many other Ontario farms, we have for years followed the 4R Nutrient Stewardship program, which means we apply the right nutrient at the right time and at the right rate to the right place – giving our crops what they need, when they need it, while promoting and enhancing overall farm sustainability.

Not only is that the right thing to do for the environment, it’s also a sound business decision for our farm; fertilizer, after all, is expensive – never more so than this year due to the Ukraine crisis and Canadian government tariffs on fertilizer imports from Russia – so we don’t want to use any more of it than we have to.

To their credit, in their consultation document, the federal government does recognize that fertilizer is an essential part of modern farming and that farmers are taking environmental action – and they’re looking for our suggestions on how we can make the uptake of many of these beneficial practices even more widespread.

We are very concerned, however, that the government has set their reduction target based on an absolute reduction in emissions from fertilizer use rather than one based on how nutrients are actually used. Government metrics for measuring emissions from fertilizer use are poor and based largely on fertilizer sales. This means any success in meeting the target they’ve set would result simply from a decrease in fertilizer sales – and not in actual, meaningful change in how nutrients are used.

That’s why basing decisions on sound science and the practical realities of farming and food production is so critical.

At OFA, we are responding to the fertilizer emissions reduction consultation document and having discussions with government to ensure the farmer voice is well represented. We recognize there are improvements to be made, but farmers will need support from government to get there. This means funding, research and technical support for innovation and new technologies, and transitioning to new practices and approaches in how we farm and produce food.

Most importantly, we have to ensure that any new regulations will drive positive, impactful change without affecting the competitiveness of farm businesses or our ability as a province and as a country to feed ourselves and often the world.

Once we lose that capacity, it will be hard to get it back – and as we’ve all experienced firsthand over the last several years, the world can change rapidly, and we may not always be able to depend on others to provide us with what we need.