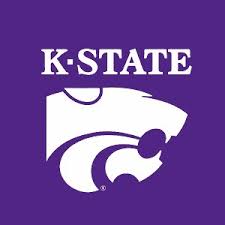 MANHATTAN, Kan. – A Kansas State University plant pathologist says researchers and producers need to work together to control a soilborne disease in soybeans that can rob that crop of yields.

Little said the symptoms of sudden death syndrome can be seen above ground as chlorosis, a yellowing of normally green leaves due to a lack of chlorophyll. Often the symptoms will appear in the field after rainfall, or in saturated soils.

“It’s really a root pathogen that lives in the soil then attacks the roots, colonizes the roots early on, and then begins to make a toxin that moves through the plant and causes those above-ground symptoms that many folks have seen,” Little said.

According to Little, sudden death syndrome cannot be eradicated, so control methods need to be utilized.

He recommends having the soil tested for populations of the soybean cyst nematode to make sure that the proper resistance is being used for the nematode, which may also help keep sudden death syndrome from attacking the soybean plants since both diseases can occur in the same field.

“You can check with your seed provider and try to get some information about the seed selections that you make,” Little said. “Make sure that you’ve got some good tolerance or resistance in that material.”

Proper nutrition might be another way to avoid the disease. “Phosphorus amendment really has a positive role in reducing the severity of sudden death syndrome symptoms, and also can increase yield,” Little said.

Little said wheat and sorghum are effective crops to use in rotation, since those are not hosts of the sudden death syndrome fungus. Corn is another option, but the fungus can survive on corn stubble to a slight degree, according to Little.

Researchers are also studying the use of cover crops to understand their effectiveness in reducing sudden death syndrome.

“Sudden death syndrome remains a research interest at Kansas State University, but producers need to do their part to stay on top of this too,” Little said.