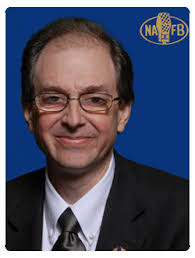 “Twas the night before Christmas and all through the house, not a creature was stirring, not even a mouse.” Clement Clark Moore would have found it impossible to write his classic “A Visit from St. Nicholas” poem today. Government regulations, social activists, and political correctness would have kept that “jolly old elf” from making his annual trip.

First of all, Santa would have not been allowed to use reindeer. Given the current situation with animal diseases, Santa would have never been permitted by APHIS to move his animals from state to state and country to country. Coming from the North Pole, it is likely he would have been stopped at the US/Canada border and prevented from bringing his livestock across the border.

If that were not enough to stop him, it is likely HSUS would have lobbied Congress for legislation that prevents reindeer from being used to pull a sleigh. Mercy for Animals would have produced and placed on the internet an undercover video of elves at the North Pole calling Rudolph names and keeping him in isolation from the rest of his herd.

As for that famous workshop, the image of happy elves working all year long making toys is a joke. It is likely that the Federal authorities would have raided the place looking for undocumented workers. It is also possible the elves would be unionized and have paid vacations, sick days, 401Ks, workman’s comp, grievance procedures, and sexual harassment policies. Santa would also have problems because the Affordable Care Act does not recognize heath plans for elves as being in compliance.

That master list that Santa checks twice would be obsolete. First, the kind of behavior that used to be considered as naughty is now acceptable, and many parents would be offended to have some strange old guy say their kids were naughty. Poor old Santa would also not be able to label gifts for girls and boys since this would not be inclusive. Also, today there is a good deal of confusion about ones gender and as a result it may change from year to year.

Those children who sat on Santa’s lap at the mall and whispered their wishes to the jolly old elf would also be disappointed on Christmas morning since Santa would not be able to repeat the children’s list to his elves without running afoul of the government’s privacy protection procedures. Although, Santa’s list has likely already been hacked by the Russians and put on the internet by WikiLeaks.

Old Saint Nick would be downright flummoxed when it came to choosing gifts for today’s modern children. Toys that aim or shoot would be too violent. Even gifts that in any way resemble the shape of a gun would cause a media frenzy. No candy or sweets; they are bad for the teeth. Fairy tale books are not acceptable because they promote traditional values, and video games turn kids’ brains to mush. Dolls are too sexist, and anything religious is bound to offend.

With baseballs and soccer balls, one might get hurt; and these games discriminate against non-athletic children. Even gifts for adults would be hard to find. Nothing with fur, leather, tobacco, or alcohol would be acceptable. Most holiday food gifts would not be acceptable. Cookies, fruit cake, and eggnog are leading causes of obesity and could result in Santa getting sued. If by some chance, Kris Kringle did figure out what gifts he could bring without violation or offence, where would he put them? More and more the Christmas tree is being banished as environmentally unsustainable.

Even Santa himself would find it hard to exist in our world today. PETA would be after him because he wears fur. The Surgeon General would be after him for the secondhand smoke spread by his pipe. Since he spends his time in the “ashes and soot,” OSHA would have required him to wear a respirator. Then there is that paunch that “shakes like a bowl full of jelly.”

The Food and Drug Administration would have had something to say about Santa’s eating habits. Santa Claus has been an honored and revered folk hero for centuries; but, increasingly, he is portrayed as a symbol of materialism, over-consumption, and racism. And speaking of race, Santa’s ethnicity is now a controversial subject.

When I was growing up, we always left hot cocoa and cookies out for the Christmas Eve visitor. Today, it would likely be almond milk waiting for Santa; and, if the cookies contained any genetically modified ingredients, trans fats, antibiotics, nuts, or gluten, they would have to be labeled.

Thank goodness the tradition of Santa Claus developed at a time when people were more important than policies… a time when ritual was as important as rights and regulations… a time when the Christmas season was about joy and love instead of parties and presents. This week, don’t let the cacophony of our modern world drown out the real message of God’s gift of His Son to redeem a lost, sinful, and really confused world.

From all of us at Hoosier Ag Today: Merry Christmas!!!