Clip-Shannon Friesen-Saskatchewan Agriculture:
We have received a little bit of moisture across the province in the last couple of weeks that has really helped us out so they’re advancing quickly. In fact 20 percent of the spring cereals are now at the heading stage while 45 percent of both the canola and mustard as well as 44 percent of the pulse crops are now flowering. Things have quickly caught up even though we have a lot of uneven plant stages in the field. That has proved challenging in terms of pesticide applications and likely will also challenge us come harvest time. Some areas that have received a lot of moisture in the last couple of days. Right around that Hudson Bay area, Melfort, even Yorkton, part of that northeast, east central part of the province have seen a lot of moisture over the last couple of days so topsoil moisture conditions there have worsened in terms of having some flooding issues. The contrast to that is on the west side of the province where we continue to deal with drier than normal conditions. Many areas have not seen more than half an inch or even up to an inch since April 1st. Some of those areas are heavily relying on subsoil, if there’s any left. We did tap a lot of that out last year but for the most part, as usual, it’s dry in the west and wet in the east.

Friesen says, for the most part, farmers have indicated yields are likely going to be about average. She says in areas that have had a lack of moisture where temperatures are forecast to be hot over the next week yield potentials could be reduced.

*Farmscape is a presentation of Sask Pork and Manitoba Pork 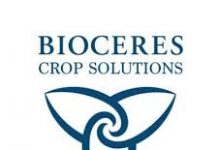