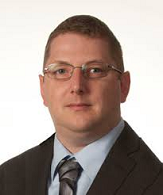 Typically, November soybean futures prices see a bit of a rally in June.  Hopes grew recently for a similar rally this year.  The potential for any such price movement rests on the 2020 crop and export prospects.

November soybean futures prices fell almost 13 percent since the start of the year.  The prospect of a seasonal price rally for soybeans relates directly to the 2020 crop.  Planting pace sits above the five-year average as of May 24.  Soybean acreage left to plant in the 18 states reported by NASS in the weekly Crop Progress report sat at 29.2 million acres last week.  Due to rainy weather over large areas of the Corn Belt recently, the likelihood of extensive planting seems limited in the upcoming report.  Weather forecasts indicate a drier period over the near term, which may get soybean acres planted promptly over many areas.  Soybean acreage may grow from the 83.5 million acres shown in the March planting report due to some acreage switching.  The June 30 Acreage report provides the next USDA acreage estimate for 2020.

Hopes for a weather premium entering the market remain.  For the U.S., quantifiable yield loss occurs as the percentage of the crop planted after May 30 increases.  The prospect of yield losses due to late planting appears minimal at this point.  While heavy rains may see significant crop replanting in many regions, it remains too early to build large expectations of yield loss.  Yield, as usual, looks to be determined from summer weather.  The USDA forecast of 49.8 bushels per acre may be low without deterioration in the weather.  It seems prudent to assume soybean production at or above the 4.125 billion bushels projected by the USDA in the May WASDE report.  The next Crop Progress report may provide some support if planting pace suffers a substantial setback.  Consumption looks set to determine the prospects for a seasonal rally this year.

Soybean crush may slow due to issues with livestock supply chains, but it remains a bright spot for consumption.  Soybean crush maintains a pace to hit the USDA forecast of 2.125 billion bushels.  Estimates for soybean crush during the first eight months of the current marketing year exceeded that of last year by 2.5 percent.  The year-over-year changes in crush accelerated during the first quarter of 2020.  Crush during the most recent three months reported by USDA (January-March) exceeded that of a year ago by almost six percent.  April crush total may come in near 182 million bushels.  To reach the USDA projection, soybean crush totals during the last four months of the marketing year need to hit the same levels of a year ago.  In total, approximately 680 million bushels of soybean crush from May through August will reach the USDA forecast.  Despite a healthy crush pace, exports look to determine if demand side considerations support a seasonal rally.

Brazilian soybean exports since February came in at record levels in March and April.  The robust export pace continued into May.  A weak currency and plentiful crop helped Brazil capture world market share.  The Brazilian real strengthened recently but still depreciated around 33 percent since the turn of the year.  Chinese buying out of Brazil remains strong.  Continued deterioration on the political front with China adds substantial uncertainty to any export scenario moving forward for U.S. soybeans.  The USDA forecast of 2.05 billion bushels for the 2020-21 marketing year relies on Chinese buying under the phase one trade deal.  As the last two marketing years show, reduced exports to China limit U.S. soybean export totals.  No one, including the people setting the policy, seems to know how the growing political impasse will turn out.  It seems China cannot avoid some buying from the U.S. in the fall.  The magnitude of those purchases contains some flexibility.  As the political back and forth between the U.S. and China continue, volatility in soybean prices looks to increase.

While the prospects for 2020 U.S. soybean production remain uncertain, a price rally in the soybean market may provide a marketing opportunity.  The impact of trade uncertainty cannot be overstated.  Substantial rallies in the soybean market require poor summer weather conditions or trade stability to sustain higher prices.  A price movement, even one of moderate size, during June may be a good pricing opportunity for new crop soybeans.

YouTube Video: Discussion and graphs associated with this article available at: