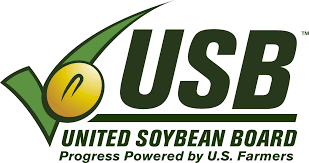 This effort includes expanding the use of the Peking source of resistance which is currently used only in about 5 percent of commercial soybean varieties, identifying entirely new sources of SCN resistance and stacking multiple sources of resistance in the same variety. The ultimate goal is to identify alternative resistance genes and gene combinations that, when used in rotation, will reduce SCN population densities and slow selection pressure on SCN to adapt.

“It’s clear that SCN populations are shifting,” says Melissa Mitchum, nematologist in the Division of Plant Sciences and Bond Life Sciences Center at the University of Missouri. “Every 10 years we conduct a statewide survey. Over the past 30 years we’ve seen a shift to populations that are able to reproduce on PI 88788.”

Mitchum explains that researchers are working to solve two problems. “We have growers in some areas – like Missouri, Iowa and Illinois – with high SCN population densities and high aggressiveness on SCN-resistant (PI 88788) varieties. We need to help those growers drive their SCN populations down. We also have growers who haven’t been using SCN-resistant varieties, and they need an SCN management strategy so they don’t wind up with the first problem.”

Stacking genetic resistance
Brian Diers is a plant breeder at the University of Illinois Urbana-Champaign. His team has identified two new resistance genes from wild soybean (Glycine soja) that have proven very effective when bred into commercial soybean (Glycine max) varieties. These genes were then stacked with another resistance gene from PI 567516C, and also with the major gene Rhg1 from PI 88788, to create a four-gene stack.

“We found that by combining genes from different resistance sources we could obtain much higher levels of resistance compared to using one source,” he says.

Studying different rotations
Meanwhile, Mitchum is testing these new gene combinations in greenhouse trials. “We’re looking at different rotations,” she explains. “When we took the four-gene stack and rotated that with the Peking source of resistance, we were able to slow down SCN reproduction of populations adapted to PI 88788 over generations.”

Diers’ next step is breeding the new resistance genes into high-performing backgrounds that yield well in Midwestern fields to give growers more choices. “We recently released a variety that has G. soja genes. We’re going to continue working on this, and we will provide these genes to other breeders.”

Mitchum adds that companies should be able to work with the G. soja stack on PI 88788 fairly easily, “because the base germplasm has PI 88788. They won’t have to redo what’s in their pipeline.” Her next step is moving the rotation study from the greenhouse to field trials in three states.

Last but not least, Diers would like to allay growers’ fears about yield drag. “We’ve done studies to look at the yield benefit of these new genes, and we’ve shown that if we grow them in locations with low SCN levels, there’s no yield drag,” he says. “And in fields with high SCN populations, we show a yield advantage.”