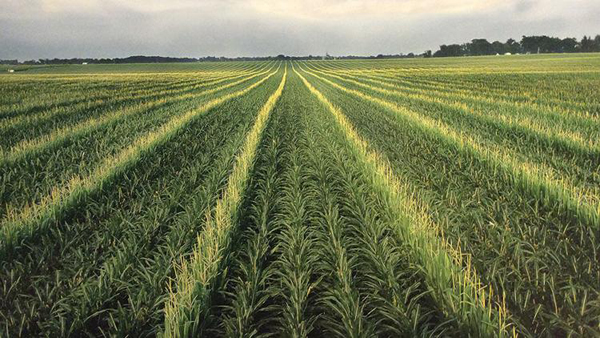 In some ways, growing seed corn, is like fielding a winning professional sports team, where the planning, training and hard work happen year-round.

“It keeps us fully employed,” said Mike Pratt, who grows seed corn for Wyffels Hybrids with his two sons, Andy and Peter, near Dixon in northern Illinois. “It’s an everyday job.”

It requires plenty of planning, sometimes a year in advance, to make sure the seed corn has the isolation it requires.

“In 2017, we knew which fields we would plant to soybeans in 2019,” he said of his rotational and buffer crop.

Throughout the growing season, multiple passes are made for insecticides, fungicides, detasseling and more.

“In a seed field, we are there every day of the summer,” Pratt said.

Like many seed growers, he has years of experience. His family grew seed for Funks corn in the 1960s until the company dissolved in 1994. A year later, he met with Wyffels.

“We’ve been with them ever since. In the past 25 years, we’ve grown just as they have,” he said.

Today, seed corn is about one-third of the Pratts’ total crop.

Part of the reason Pratt likes growing seed corn is “the challenge.” He likes living up to expectations, meeting all the requirements for a top-quality crop and putting in the effort to earn a premium.

This year he grew 16 different hybrids. That means cleaning the planter after every hybrid – “getting every kernel out so there’s no chance there’s a wrong seed,” he said.

Another part of the challenge is timing. The female seeds need to be planted before planting the males.

The growing season is busy with two fungicide applications, three insecticide passes and detasseling the male rows. Controlling weeds is a challenge as well. In June, crews work on removing any volunteer corn.

Detasseling runs about five weeks in June, July and early August. The cutter makes the first pass and two days later they make another pass to pull remaining tassels. A crew may go through a field three times getting the remainder.

“We’re on call. It’s all hands on deck,” Pratt said of the busy season.

Wyffels coordinates the dates for their planting and harvest.

“We have to be flexible,” Pratt said.

Not everyone who wants to grow seed for the premium can get the job. Matt Carton, Wyffels field operations supervisor, based in Henry County, Ill., said it must be the right grower with the right land. Many growers have long relationships with the company, so there aren’t often openings for a new grower.

Once a relationship is established, it continues. Carton said some growers have been with the company 30-plus years, and it becomes generational.

The land must be highly productive, with a consistent soil profile, in order for the corn to flower and pollinate at the same time across the field.

“We want it to be as uniform as possible,” Carton said.

Fields with some irrigation are favored because that helps manage the risk of drought.

“On the flip side, the land must be well drained or have a good tile system,” Carton said. “The practices we do are time sensitive.”

“It’s not as simple as picking the highest PI (productivity index as measured by USDA) in a county,” Carton said. It also depends on the size of the field and easy access. The field must be able to be isolated from commercial corn to maintain purity. Often they like to have a group of growers in a block to help with isolation planning.

Not every farmer wants to grow a crop that requires such a high level of management, Carton said.

“A lot of extra work and labor comes into play,” he said. “It is labor intensive.”

“We pace ourselves so there’s not so many fields pollinating and the same time,” he said. That allows for better spread of labor during detassling and harvest.

This year harvest was wrapped up by Sept. 30, then the cycle begins again.