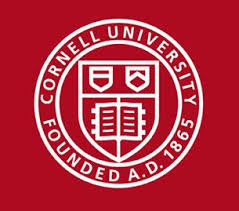 Nitrogen fertilizer is nearly everywhere in the U.S. corn industry: It’s used on 97 percent of corn-growing acres in the country, along with nearly 80 percent of cotton fields. But the process for making ammonia-based fertilizer also emits large amounts of methane – potentially far more than official EPA estimates for the industry, according to a recent study from Cornell University and the Environmental Defense Fund.

EPA’s current estimate, based on numbers reported by the fertilizer makers themselves, is just 0.2 gigagrams of methane emissions each year from the industry, according to the agency’s Greenhouse Gas Reporting Program. But the study suggests it could be as high as 29 gigagrams,
Co-author John Albertson, a Cornell professor, said the findings present an opportunity for the industry to rethink its practices and figure out why its own emissions estimates might be off.

An EPA spokesperson said the agency will review the study, which was published in late May. The Fertilizer Institute, the industry’s main lobby, questioned the accuracy of the findings – specifically whether the researchers could accurately detect methane concentrations directly from ammonia plants, though Albertson argued the plumes his team measured were “unambiguously” from the fertilizer facilities.