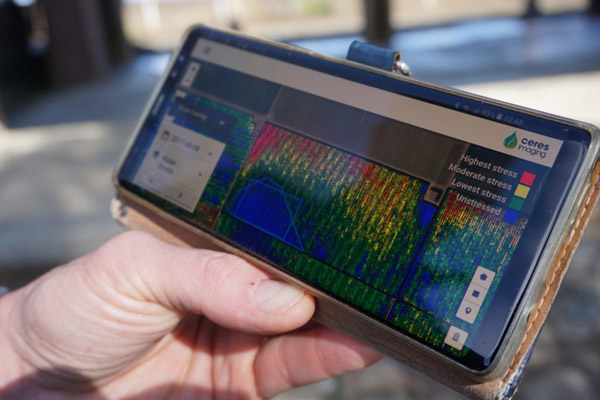 A first of its kind study on irrigation efficiency shows a typical 1,000-acre grower loses around $103,000 annually to basic irrigation issues.

John Bourne, Vice President of Ceres Imaging tells Brownfield they used field data and aerial thermal imaging on 700,000 acres of drip irrigated specialty crops in California to assess the scale of clogs, leaks, and pressure problems. And while the switch to drip irrigation has helped reduce water waste the past decade, research shows farmers are losing profit.

“We found that for a typical 1,000-acre grower, there is one average 27 acute irrigation issues per season that are greater than one acre.”

The study shows issues impacting crop yield are more common in the middle to the end of the growing season so growers may want to do a distribution uniformity test more frequently than the recommended every two years.

“We see irrigation issue management as a farmer friendly and simple way to drive higher yield and higher water use efficiency. That’s just a win-win for farmers.”

He says while this study looked primarily at specialty crops, similar numbers and lessons learned can be applied to most irrigated growing across the US.

Ceres Imaging has locations in Nebraska, California, Washington, and Australia.