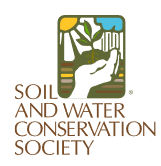 The Soil and Water Conservation Society (SWCS) has released two short films that showcase the efforts of farmers and conservationists in the San Luis Valley of Colorado to address agricultural challenges through improved soil health.

“There are a lot of resources regarding soil health in the midwestern and eastern regions, but we identified an opportunity to share the unique challenges that farmers in the West face in improving their soils and the important role the conservation professional plays in creating a path forward for soil health in the region,” says Clare Lindahl, CEO of SWCS.

“We realize the benefits of soil health in the extremes much more than when everything is just right for growing conditions,” adds Patrick O’Neill, a soil scientist and agronomist with Soil Health Services in Alamosa, Colorado.

Conservation Professionals: Inspiring a Movement highlights the essential role of conservation professionals in the soil health movement by documenting the lasting impact that one conservationist-Mike Collins, USDA Natural Resource Conservation Service-had on the landscape and his community. Collins, a soil health advocate within the region and SWCS Board of Directors member, passed away in 2016, but left behind an active conservation network.

“A lot of what we’re doing now with soil health is because of him [Mike Collins]. I don’t think we’d have the strong group that we have in the San Luis Valley if it wasn’t for Mike,” says San Luis Valley rancher George Whitten.

The films were funded in part through contributions to the Mike Collins Memorial Fund, directed by Jody Thompson, and produced by SWCS. Both are available online at swcs.org/watch.