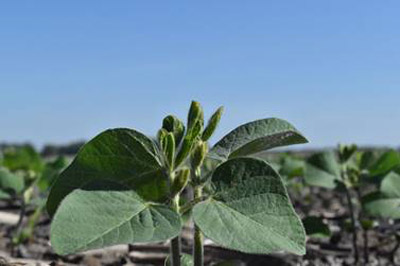 With the 2018 season in the rearview mirror, it’s time to begin thinking about upcoming pest management strategies. When making decisions for next year, Syngenta agronomists encourage growers to consider what happened this year, in terms of weather and its impact on early-season pest pressure.

“By reflecting on observations from the 2018 season, growers can make informed decisions for the upcoming season and know how to get their soybeans off to the strongest start possible,” said Dale Ireland, Ph.D., Seedcare technical product lead at Syngenta. “Folks often regret not initially using a comprehensive soybean treatment as they are having to replant. By using a strong seed treatment from the start, growers can save the time it takes to replant, as well as protect the yield potential often lost to replanting delays.”

In 2018, much of the Midwest faced delayed planting due to cold, wet weather. Clete Miller, grower and seed treater from Bowling Green, Missouri, said the weather conditions forced his entire operation into a much tighter timeline.

“It started out really, really cold, and it stayed cold longer than normal,” Miller said. “We even had snow into the second week of April. It really constrained our time window, and then planting and herbicide applications all ran together really fast. It’s been difficult with the weather.”

Wet, cold soils at planting can inhibit germination and stand establishment, but using a quality seed treatment can offer better emergence and help get soybeans to canopy closure quicker, which is vital for starting the season strong.

This year, Midwest soybeans were at high risk from early-season diseases like Pythium and Fusarium, due to the cool, wet weather at planting. In the South, which saw warm, wet weather later in the year, Phytophthora and Rhizoctonia were of particular concern.

According to the University of Nebraska-Lincoln, disease pressure can be hard to predict, as all three elements of the disease triangle need to be present: a susceptible host (soybeans), pathogens and environmental conditions favorable for diseases.

“The conditions this year showed why growers need to be prepared for anything,” said Ireland. “Seed treatments are an insurance policy for any weather condition and are vital for protecting soybeans during the critical early-growth stage.”

“The performance of a high-quality seed treatment like CruiserMaxx Vibrance Beans pays off with many benefits, including the Cruiser Vigor Effect, which boosts plant health to help produce more robust, vigorous soybeans,” said Ireland.

Soybean cyst nematode (SCN) reproduction was accelerated this year in Iowa, according to a report from Greg Tylka, Ph.D., plant pathologist at Iowa State University. Tylka believed this was due to the consistently warm temperatures that occurred in parts of Iowa from May through July.

Once SCN are found in a field, they can’t be completely eliminated. Successfully managing SCN requires an integrated approach.

“In addition to protection from early-season diseases and insects, Clariva Elite Beans is the only seed treatment on the market that delivers season-long, lethal activity against SCN,” said Ireland.

What’s on the seed?

To make the most effective decisions for their fields, growers need to know what’s on their seed.

“I think it is extremely important for growers to educate themselves on what they are actually getting with their seed treatment,” said Mike Laux, a grower and seed treater from New Baden, Illinois. “It comes down to what products they are actually using and using the right rates.”