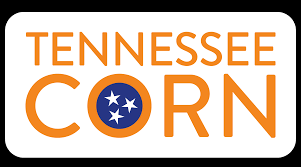 Last week, President Biden announced that E15 will be sold this summer in an effort to reduce gasoline prices. E15 is a plant-based fuel made from corn. Often marketed as Unleaded 88, E15 is a renewable resource that’s made with regular gasoline and a smaller amount of ethanol. E15 will now be made available this summer at select gas stations throughout Tennessee.

E15 will reduce gas prices by up to 20 cents or more per gallon where E15 is available, due in part to the fact that it’s made with less crude oil. Ethanol has been priced an average of 80 cents less per gallon than unblended gasoline at wholesale through March. However, cost isn’t the only benefit to this new transition – E15 has the potential to reduce emissions and pollution for the immediate future.

“E15 can currently be found in the state of Tennessee at select gas stations in cities like Knoxville, Murfreesboro and Clarksville,” said George McDonald, president of the Tennessee Corn Promotion Board. McDonald is also a fourth-generation family farmer at Catesa Farms. “This news will bring more opportunities for corn to be used as a renewable resource and will benefit not just consumers paying less for gas, but will also greatly benefit our corn farmers.”

While some may just be hearing about E15 for the first time, American drivers have logged nearly 20 billion miles on E15 so far. According to Unleaded 88 and the Renewable Fuels Association, E15 has provided several benefits to American consumers and their cars made from 2001 up to now:

● This gas has higher octane levels, which help to boost horsepower and efficiency, along with better engine performance.

400,000 new jobs were created within the ethanol industry in 2014. These cannot be exported or outsourced. The production of ethanol helps to revitalize America’s rural areas, which can be some of the hardest hit by economic downturn. Ethanol production can help to stimulate economic growth.

“We hope that by sharing the hard facts of the benefits of what all E15 has to offer, we can mitigate any concerns and dispel any myths about using this type of gasoline,” said Carol Reed, executive director of the Tennessee Corn Promotion Board. “This news has the potential to help the everyday consumer, local economy, corn farmers, environment, air and so much more.”

Tennessee Corn Promotion Board has long been an early supporter of corn being a green energy source after recognizing that green energy is a growing demand by consumers and represents a major opportunity for corn growers. The board has been working to create positive public opinion about E15 and neutralize negativity toward corn as a biofuel.