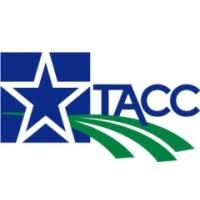 Initial estimates show winter storm Uri caused more than $600 million in agriculture losses throughout Texas and data is still being recorded as the state recovers.

Dr. Mark Waller, head of the agriculture economics department at Texas A&M University tell Brownfield at least $228 million is in the livestock sector.

“Farmers had some adult animals that walked out on ponds to get water and fell through because they aren’t used to those conditions. So they lost some additional animals, when you probably wouldn’t see that kind of loss in the Midwest where animals are more used to seeing those weather conditions.”

He says the $230 million in citrus losses and $150 million in vegetable crop losses will be felt nationwide.

“If they were sourcing stuff out of Texas or the Rio Grande Valley, suppliers will have to look to other parts of the country or other countries to source some of those crops.”

He says while transportation delays resulted in some milk dumping and milk and egg shortages in stores, those recovered quickly.

“When you see something like this, it helps you understand how resilient our agriculture supply system really is and how quickly it can recover.”

Waller says the loss estimate will grow over time as they continue to monitor recovery of livestock, wheat and forage crops.