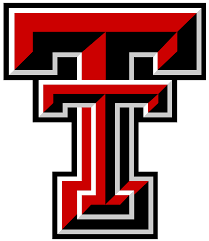 America’s farmers feed the world. It’s a difficult job that requires long hours and constant innovation to efficiently produce high-quality products that sustain communities here at home and across the globe.

To take a deeper dive into this issue, Groundwork reached out to one of the foremost experts in agricultural subsidies, Dr. Darren Hudson. Hudson is the Director of the International Center for Agricultural Competitiveness at Texas Tech University, where they maintain a database of international subsidies and examine how they affect the competitiveness of American farmers on the global stage.

And often they veer into unfair trade practices. The World Trade Organization recently ruled in favor of the United States after determining that China’s support measures for corn, rice, and wheat were in violation of international trade rules.

The liberal use of subsidies encourages overproduction and puts downward pressure on prices, setting into motion a vicious cycle that requires an increasing number of subsidies to keep producers in business.

This ultimately hurts American farmers as they try and sell their goods to an international market flooded with subsidized products.

“The direct effect is that [U.S. producers] are competing against low-priced sugar or low-priced cotton produced in these other countries around the world,” Hudson explained.

Hudson’s most recent report took a closer look at the trade policies and foreign subsidies impacting the global sugar market, largely considered one of the most distorted commodity markets in the world.

“Sugar for example, almost every major producing country uses some sort of import restriction,” Hudson said. “And then you add on the growing use of ethanol mandates as one of the indirect subsidies for sugar. When you look at them combined together, you run into fairly substantial trade barriers from these major producing and exporting countries.”

These subsidies have contributed to the volatility of the cost of sugar, driving it to less than half of the cost of production and absolutely destroying the global sugar market in the process, according to Hudson.

Unlike the programs outlined in Hudson’s report, U.S. sugar policy operates at no-cost to the American taxpayer. Instead, it’s a combination of import quotas and loans repaid with interest that gives American sugar farmers a chance to survive against the aggressive use of foreign subsidies.

So, what will it take to move towards a more fair and free global market? A global commitment to establishing a level-playing field. And Hudson said that the U.S. has been a leader in reducing support for our agricultural producers where other countries have not.

We hope that other countries will take note, but until then, strong federal farm policies are necessary to ensure our farmers can continue to feed a hungry world.

Listen to this episode of Groundwork on iTunes or at FarmPolicyFacts.org and stay tuned for future episodes that unpack the policy issues impacting America’s farmers. 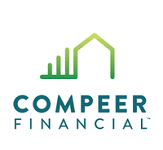