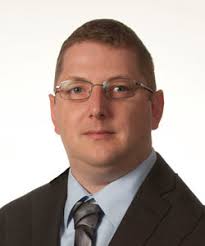 Department of Agricultural and Consumer Economics
University of Illinois

Soybean crush levels picked up substantially over the last few months due to strong crush margins. Driven by production issues in Argentina, the increase in crush margin recently is attributed to rapid growth in soybean meal prices. For the 2017-08 marketing year, the USDA currently projects the domestic crush at 1.97 billion bushels, up 3.6 percent from last marketing year. Soybean meal use needs to build on recent progress to meet or exceed the current crush projection.

The pace of domestic crush accelerated in February and March on a substantial uptick in crush margin. The strengthening of the crush margin coincided with changing expectations regarding Argentinian soybean production. Current forecasts of Argentine production reflect the poor growing season and sit at 1.47 billion bushels for the 2018 crop year, down 654 million bushels from last year’s production. The potential for an additional 80 million bushel decline in production is a distinct possibility. Soybean crush projections for Argentina fell 1.95 million tons to 45.4 million tons and continued issues associated with soybean crushing in the region may lower this number over the next few months. The growth in soybean meal prices associated with potential shortfalls saw crush margins in Decatur move from an average of $1.63 during September through February 7 to the current level of $2.63. Soybean meal prices in Decatur expanded from $327 per ton in early February to an average of $390 per ton over the last month. Soybean oil prices continue to show weakness with soy oil stocks growing to 2.44 billion pounds in March, up 0.8 percent from last year. Lower projections in the April WASDE report for biodiesel use of soybean oil and the growth in production increased marketing year ending stock projections. Soybean oil prices declined from 31.6 cents per pound in early February to an average of 29.5 cents per pound over the last month in Decatur. The continuation of crush strength in 2018 is dependent on solid soybean meal markets.

The April WASDE report increased domestic consumption of soybean meal by 250 thousand tons and expanded exports by 100 thousand tons. Total use is forecast at 47.05 million tons in April, up 4.5 percent from last year. Domestically, large livestock supply indicates continued consumption of soybean meal throughout the spring and summer as beef, pork, and broiler production look to expand over last year’s levels on recent positive feeder and packer margins. Red meat and poultry production came in 2 percent higher during the first quarter of 2018. USDA projections set second quarter production increases at 4.4 percent. Despite the recent rise in soybean meal price, a continuation of strong domestic consumption appears feasible for 2018.

While soybean exports continue to disappoint, soybean crush levels maintain a pace to set record levels of use associated with crush this marketing year. Domestic use of soybean meal appears set to maintain support for strong crush margins. The progression of soybean meal exports through the remainder of the spring and summer will provide insight into the potential for crush levels as we move into next marketing year and merit monitoring.

YouTube Video: Discussion and graphs associated with this article at: https://youtu.be/eS4p6uBRUiM 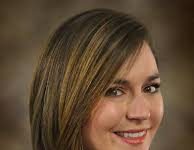 Recent Trends in the Operational Efficiency of the U.S. Ethanol Industry, By Scott Irwin University of Illinois 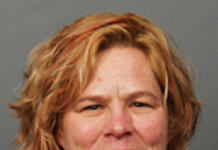