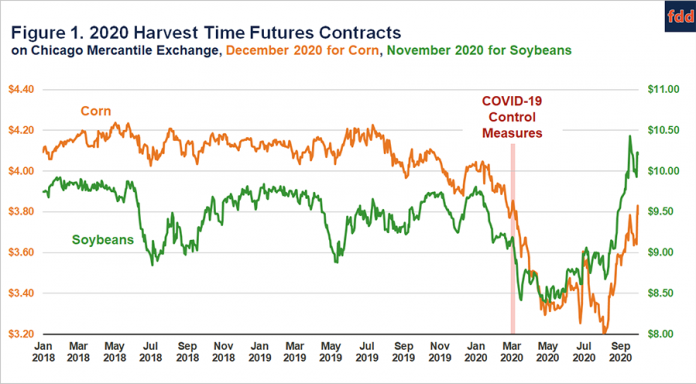 Corn and soybean prices declined throughout much of the first half of 2020, with low prices persisting into early August. Since August, both corn and soybean prices have increased.  Overall, commodity price movements have increased the relative profitability of soybeans to corn in 2020, continuing a string of years since 2013, in which soybeans have been more profitable than corn. Current budgets also suggest that soybeans will be more profitable than corn again in 2021. 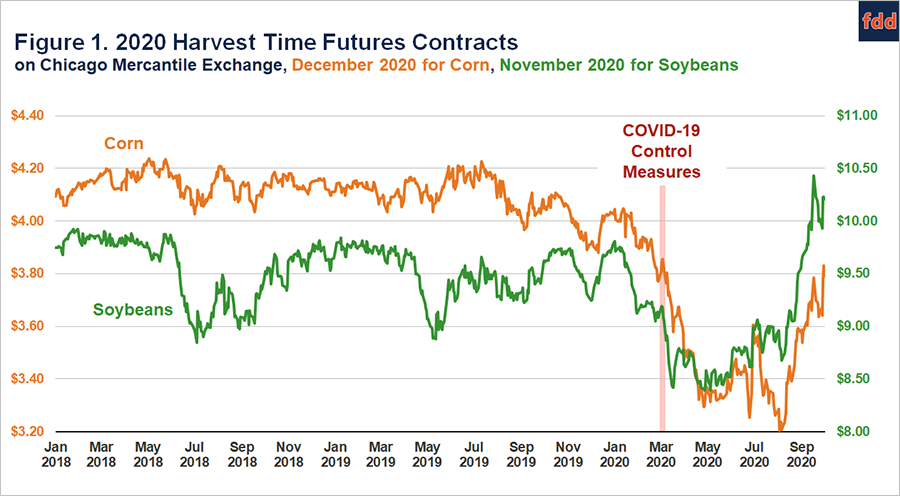 In March, concerns about coronavirus became pronounced, leading to the institution of COVID-19 control measures. Both corn and soybean prices began to decline.  On August 7, prices were $3.21 per bushel for corn and $8.68 per bushel for soybeans. From February averages to the August 7, corn prices fell $.67 or -17%. Compared to corn, the relative decline was lower for soybeans at -5%. 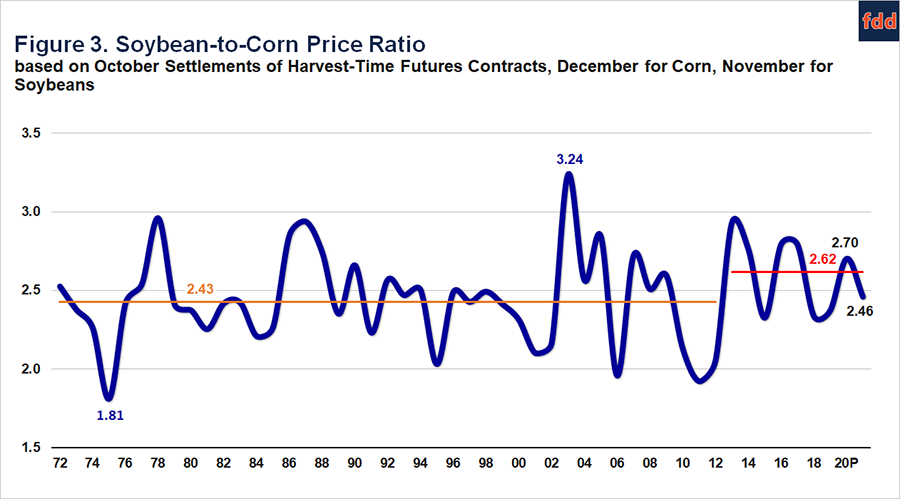 Figure 4 shows corn-minus-soybean returns for farms enrolled in Illinois Farm Business Farm Management (FBFM) on high-productivity farmland in central Illinois. Before 2013, corn was more profitable than soybeans in most years. From 2013 onwards, soybeans have been more profitable than corn. Several factors contribute to this change in 2013, including exceptionally good soybean yields in many years. Soybean prices relative to corn prices have also played an important role in this shift in profitability. 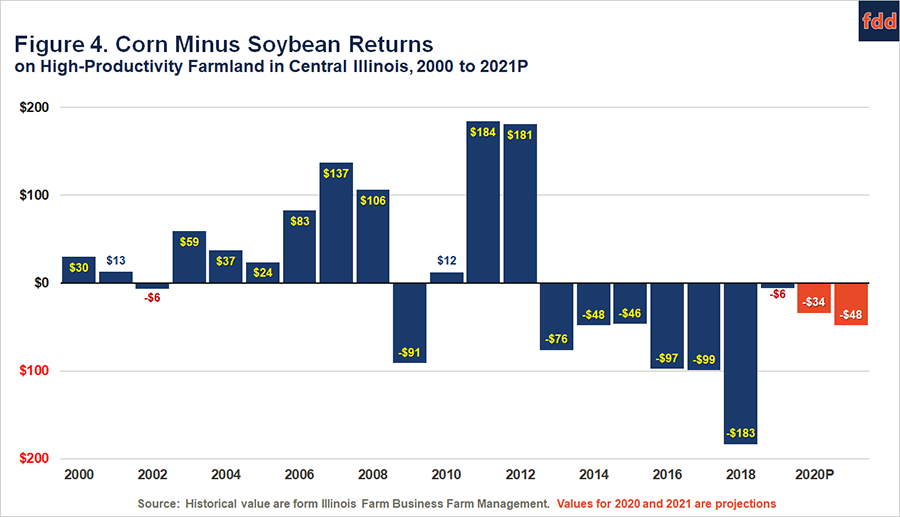 For 2020, soybeans again are projected to be more profitable than corn. On high-productivity farmland in central Illinois, operator and land returns are projected at $314 per acre for corn and $348 for soybeans (see farmdoc daily, September 22, 2020), giving soybeans a $34 per acre advantage over corn. These 2020 projected returns include good yields for corn (230 bushels per acre) and soybeans (72 bushels per acre), and the second round of Coronavirus Food Assistance Program (CFAP) payments.

Our current projections suggest that soybean returns will exceed corn returns again in 2021 (see 2021 Crop Budgets), as has been the case since 2013. Recent events likely reinforce this situation where soybeans are more profitable than corn. COVID-19 control measures have reduced travel, leading to reductions in fuel and ethanol use, which depresses corn demand. Alternatively, soybean prices are supported by recent exports of soybeans to China that are strengthening demand for soybeans.