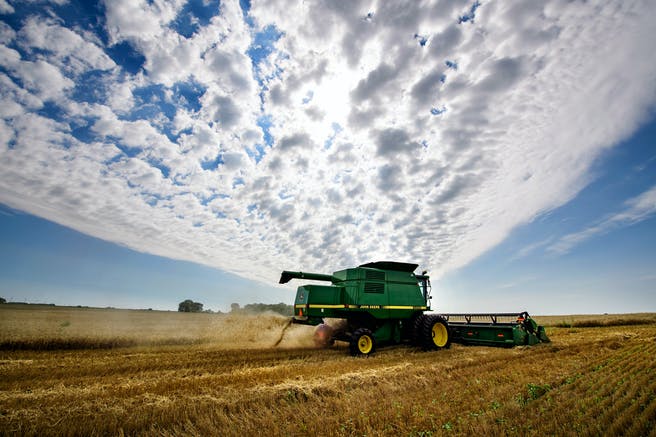 Legislature asked for $60 million to kick off initiative in Mower County.

The University of Minnesota is planning a sprawling $220 million research complex in southern Minnesota near Austin as it seeks to put the state on the cutting edge of farm and food technology.

“We do this now, in a lot of ways, but this expands our vision and scope for the work we do,” said Brian Buhr, dean of the College of Food, Agricultural and Natural Resource Sciences. “It is a revolutionary time in technology and innovation.”

The U is requesting an initial $60 million in state support from the Legislature this year and has a $60 million commitment from the Hormel Foundation; the rest will come from “a variety of public and private sources,” according to a news release. Development is expected to take five years.

Agriculture and food production is at a critical juncture as a growing world population will need to be fed from a dwindling supply of arable land worldwide.

“Climate change could cut crop yields, especially in the world’s most food-insecure regions,” the World Bank reported last year. “Agriculture, forestry and land use change are responsible for about 25% of greenhouse gas emissions.”

Research at FAARM will “pursue scientific solutions to adapt” and delve into artificial intelligence, robotics and other technologies alongside a focus on “health intersections between people, animals, crops, plants, soil, water and environment,” according to the U.

“How do we sustainably feed a growing population and sustain our natural resources? You have to do both of those,” Buhr said.

The College of Food, Agricultural and Natural Resource Sciences has 10 outreach and research centers around the state currently, and Buhr said they “have some investment needs.” Bringing efforts together on a new site in Mower County meets those needs, he said.

The university is partnering with Riverland Community College in Austin for education and outreach for students of all ages through the FAARM initiative as it seeks to fill jobs at multiple levels in the state’s $112 billion agriculture economy.

Buhr said the proposal is a public-private partnership that is looking to enlist industry support, and research grants and product development revenues could help sustain the efforts long term.

“We all have a stake in improving water, soil quality, the health of our farm systems,” he said. “This is a place to do research that individually people can’t do themselves.”

The U’s FAARM funding request is part of a $935.6 million supplemental budget package legislators will consider this session.