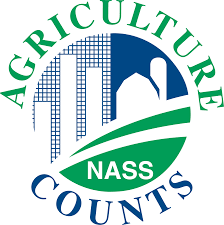 The U.S. Department of Agriculture’s National Agricultural Statistics Service (NASS) Grain Stocks report released today showed that old crop corn stocks on hand as of Sept. 1, 2020 totaled 2.00 billion bushels, down 10% from Sept. 1, 2019. Old crop soybeans stored in all positions were down 42% from Sept. 1, 2019, and all wheat stocks were down 8% from a year earlier.

This report also contains revisions to the previous season’s production for corn and soybeans. This has been the normal practice for soybeans for many years. Corn revisions were moved from January to this report to coincide with the end of the marketing season and align with soybeans. Production for 2019 corn was revised up fractionally while 2019 soybean production was revised down fractionally from the previous estimate.

In preparation for this report, NASS conducted separate surveys for on-farm and off-farms stocks during the first two weeks of September.

NASS also released the Small Grains Annual Summary report today. Key findings from that report include:
• All wheat production totaled 1.83 billion bushels in 2020, down 5% from the revised 2019 total of 1.93 billion bushels.
• Area harvested for grain totaled 36.7 million acres, down 2% from 2019.
• The United States yield was estimated at 49.7 bushels per acre, down 2.0 bushels from 2019.

The levels of production and changes from 2019 by type were:

The Grain Stocks and Small Grains Annual Summary reports and all other NASS reports are available online at nass.usda.gov/Publications.