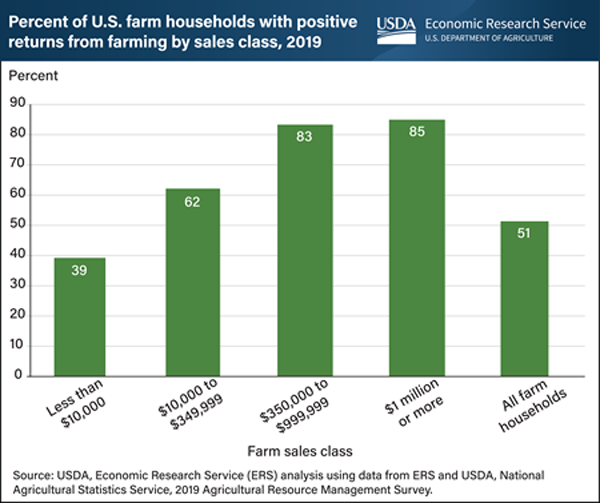 Farm households earn income from both farm operations and off-farm sources, such as off-farm employment, pensions, and capital gains. In 2019, more than half (51 percent) of all U.S. farm households had positive net returns, where total revenue from farming exceeded total costs.

For instance, households that operated farms with sales of $1 million or more-and that had net positive returns-earned a median share of 87 percent of their income from farming.

For those with sales less than $10,000, that median share was 5 percent. This chart is based on data from the ERS data product ARMS Farm Financial and Crop Production Practices, updated December 2020.