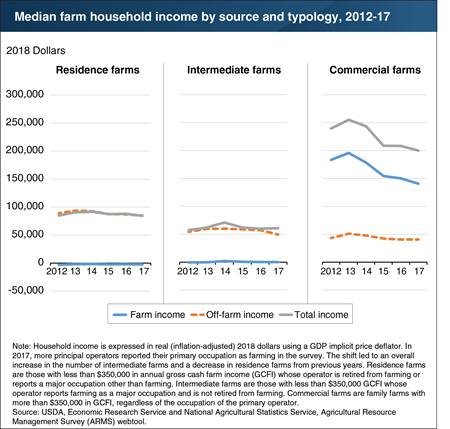 Farm households rely on a combination of on-farm and off-farm sources of income. On-farm sources include income from the farm business, which is determined by farm costs and returns that often vary from year to year.

In any given year, a significant number of farm households report negative farm income.

The heavier reliance on off-farm income of these farms makes them less susceptible to changes in farming costs and returns than commercial farms.

Because households operating commercial farms rely most on on-farm sources of income, they experience the largest drop in their total household income when farm sector income falls.