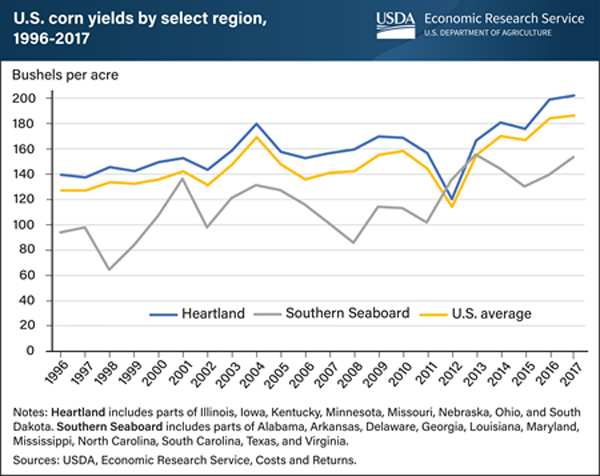 Technological advances for seeds and precision farming have supported yield increases over the past 20 years.

The widespread adoption of precision-farming technologies such as yield monitors and maps, variable-rate applicators, and guidance systems has allowed farmers to adjust their practices within fields, which also has supported yield growth.

This chart also appears in the ERS report Trends in Production Practices and Costs of the U.S. Corn Sector.