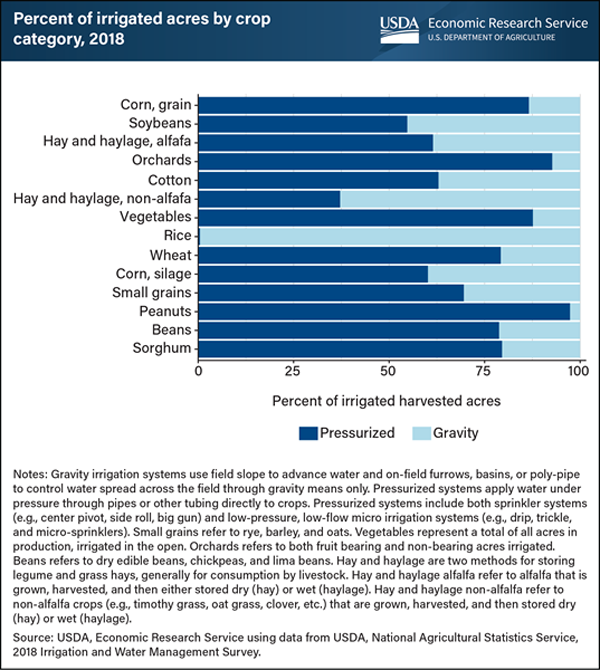 Irrigation methods vary by crop because of differences in production practices, crop value, water source, and soil characteristics. Irrigation application methods can be broadly categorized as either gravity or pressurized systems. Pressurized irrigation systems apply water under pressure through pipes or other tubing, while gravity irrigation systems use field slope to advance water across the field surface.