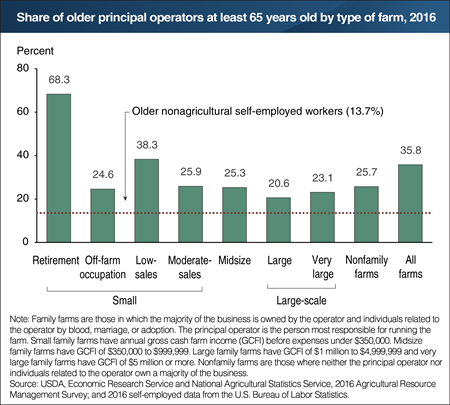 A notable characteristic of principal farm operators (those most responsible for running the farm) is their relatively advanced age.

In 2016, 36 percent of principal farm operators were at least 65 years old, compared with only 14 percent of self-employed workers in nonagricultural businesses.

Older operators ran 37 percent of all small family farms —those with annual gross cash farm income (GCFI) before expenses under $350,000 —including 68 percent of retirement farms and 38 percent of low-sales farms.

Improved health and advances in farm equipment enable operators to farm later in life than in past generations.

The farm is also home for most farmers, and they can gradually phase out of farming by renting out or selling parcels of their land.

Some larger, more commercially oriented farms run by older farmers may have a younger, secondary operator who might eventually replace the principal operator. 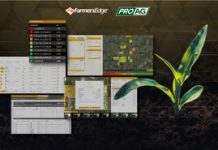