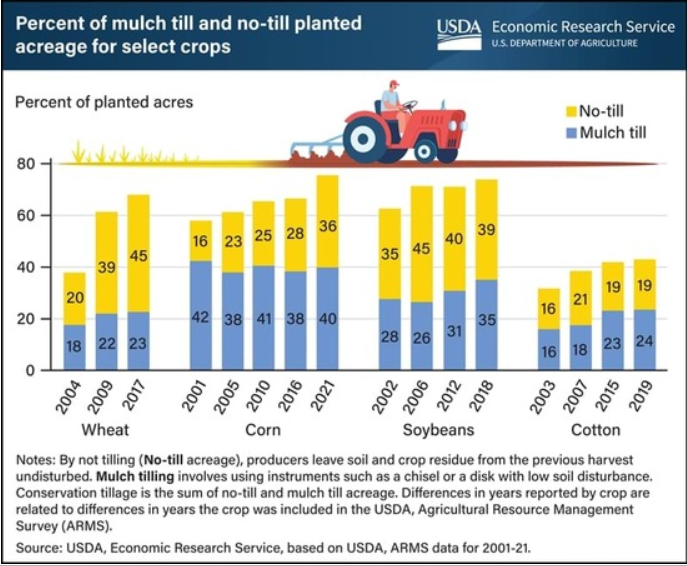 The share of acreage for major cash crops-wheat, corn, soybeans, and cotton-that are planted using conservation tillage has increased over the past two decades in the United States. Conservation tillage, which includes no-till and mulch till, reduces soil disturbance and preserves more crop residue relative to conventional tillage, in which a plow or other implement turns over most of the soil before planting.

Mulch till has trended upward on each crop except for corn over the past two decades, including a recent increase for soybean acres from 31 percent in 2012 to 35 percent in 2018. This chart updates information in the USDA, Economic Research Service bulletin Tillage Intensity and Conservation Cropping in the United States, published in 2018.