67%. Yes, that’s USDA’s latest take on the 2019 U.S. corn planting pace. Following the June 3 Crop Progress report, there was a collective thought of disbelief throughout farm country. Is it really possible that only 67% of the nation’s corn was planted by June 2?

The trade expected 71% and many analysts were encouraged by the weekend’s weather breaks. But the survey data from 3,600 respondents submitted on Monday, June 3 fell slightly under the 70% mark. As of June 2, only 67% of the country’s estimated 92.8 million corn acres have been planted. That means farmers have 31 million acres of corn still to plant. The five-year average for this week of the growing season is 96% of corn planted.

Still, John Newton, an economist with the American Farm Bureau Federation, says progress must be made eventually.

While crop progress is a subjective visual collection of data, Newton says, the market has used the data for decades.

“How do the folks out there take into consideration what’s prevent plant, especially given that we’re in the late planning period for many folks, if not all folks on corn, and are getting close to it on soybeans,” he says. “I think it’s a legitimate question, but at the end of the day, these are the numbers that we’ve been using for nearly 40 years.”

While many states are far behind their historical averages on corn, there are a few that stand out. The report shows there’s a lot of work yet to do, Newton adds.

“You look at the corn map or at the soybean map, and what I think is most telling is Illinois, Indiana and Ohio, and how far behind they are,” he says.

According to Newton, the Dakotas and areas along the Mississippi often have higher rates of prevent plant than other areas, but the current data for Illinois, Indiana and Ohio for both cases is “pretty concerning.”

“Normally folks are switching to beans to get things on the ground, but because they’re still trying to get corn in the ground, bean planting is starting to lag,” he says. “It’ll become more of an issue as we move forward.”

With only 46% of the nation’s corn emerged, problems could linger for corn that was already planted.

“Everybody knows that the corn was put in the ground in pretty sloppy conditions in some areas, so that’s going to definitely impact the level of divergence [between planted acres and emerged acres] especially looking at Illinois is 32% emerged and Iowa is 58% emerged. Those are all well below the five-year average,” he says. “I think it’s part of the broader concern that we all have about what exactly the supply this year is going to ultimately look like.”

The June 28 Acreage Report from USDA will be the first update to planting intentions since the Prospective Plantings number was released earlier in March. Similarly, the market will have to wait until the fall to get an accurate report on prevent plant acres.

And while the trade normally forgets about planting progress at this point in time and switches the focus to conditions and weather, it’s not likely that will be the case this week.

“I think all eyes are on the weather this week,” Newton says.

As farmers take a pencil to tough decisions this week regarding prevent plant claims, there’s potential for a corn balance sheet that’s the tightest it’s been in years, Newton says.

“If we lose 10 million acres to prevent plant corn, our ending stocks number starts to get pretty slim. We haven’t been at a 10% stocks-to-use ratio for quite a while,” he says, adding that could lead to the reduction of exports. “We won’t be able to service that market at $5 or $6 corn.”

At that point, the balance sheet influences other market issues like ethanol blending and year-round E15.

“There’s a whole lot of uncertainty,” he admits. “We can’t just go unlimited prevent plant [on acres left to plant], we would be in a real tough situation.” 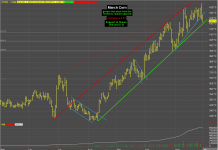 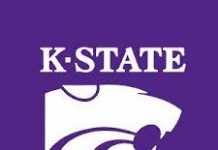