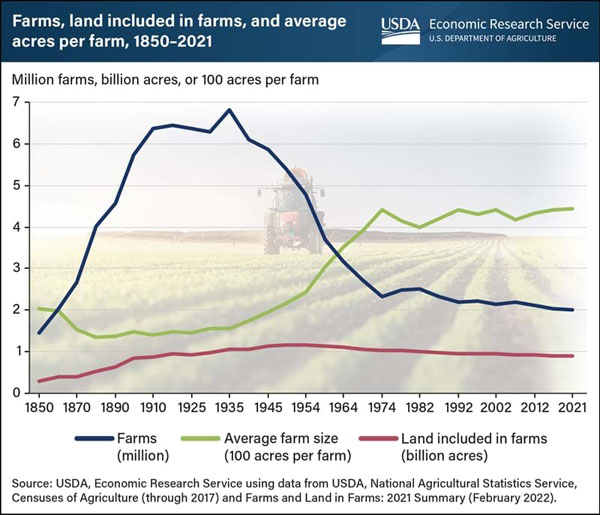 After peaking at 6.8 million farms in 1935, the number of U.S. farms and ranches fell sharply through the early 1970s. Rapidly falling farm numbers in the mid-20th century reflect the growing productivity of agriculture and increased nonfarm employment opportunities.

Farmers National Co. Reports On What Is Happening With Land Values In Canada