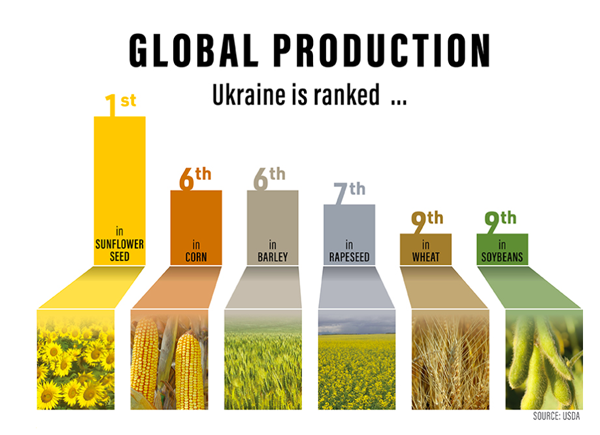 Wheat futures were fueled by the ongoing Russia-Ukraine crisis on Wednesday. As a result, front-month wheat contracts hit daily trading limits and soared to a 14-year high.

“May and July, both Hard Red Winter (HRW) and Soft Red Winter (SRF) contracts, are limit up at the moment at 75 cents, so expanded trading limits today because we closed 50 cents higher yesterday,” Brian Grete told Davis Michaelsen on AgriTalk Wednesday. “It’s more fallout from the the Russia-Ukraine impacts to global grain trade, and that’s really what’s driving this morning to new contract highs.”

Grete says spring wheat futures hadn’t hit limit up yet, as those contracts were more of a follower.

So, why are wheat prices seeing such momentum? Both Ukraine and Russia account for nearly 30% of the world’s wheat exports. It’s not just uncertainty about the crisis causing wheat prices to climb, but there’s also worries about infrastructure damage in Ukraine and whether it will hinder the country’s ability to export in the near future.

Also this week, officials in Egypt announced the plan to source wheat from other regions despite Russia and Urkaine. Reuters reports there are currently 14 countries approved for imports into Egypt.

As grains continue to see climbing prices, it’s also spurring concerns about the impact higher feed costs could have on livestock producers.