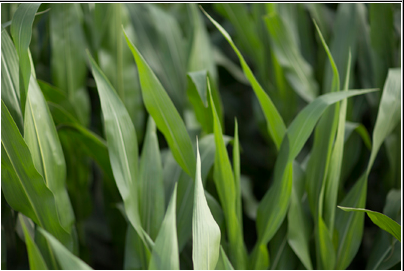 Crops may have been limited by nutrient deficiencies in 2018 based on tissue sampling analysis done by WinField United. Farmers submitted over 42,000 tissue samples this year, and the data shows that crops likely could benefit from fertilization adjustments made in-season.

Nutrient trends and insights
Here are some nationwide trends revealed by tissue analysis conducted by WinField United in 2018.

•Key essential nutrients for corn were limited. Corn plants could have benefitted from in-season nutrient applications based on analysis of over 26,500 tissue samples submitted from across the country. The most common deficiency was zinc; nearly 78 percent of sampled plants were short on the nutrient that aids in chlorophyll synthesis and other metabolic functions. Potassium, nitrogen, manganese and boron were also commonly deficient or responsive.

•Soybeans had a sharp increase in copper deficiency. Nearly 75 percent of soybeans sampled lacked sufficient copper levels to meet plant health needs. This is up 10 percentage points compared to 2017 and 34 percentage points compared to 2016. Copper is a key nutrient for protein synthesis, cell wall formation and many enzyme systems. A majority of soybeans were also low in potassium based on analysis of over 8,400 soybean tissue samples.

•Cotton was deficient in potassium. Nearly 90 percent of cotton samples fell into the deficient or responsive category for potassium levels in 2018. Potassium is an essential nutrient that is important for fiber development in cotton. Phosphorus and copper were also commonly deficient based on over 1,300 cotton samples submitted for analysis.

•Alfalfa was short on calcium. Similar to last year, over 90 percent of the nearly 500 alfalfa samples analyzed had low levels of calcium in 2018. Calcium aids in nitrogen uptake and nutrient absorption, and it contributes to enzyme activity in plants. The majority of alfalfa samples were also short on magnesium, copper, manganese and phosphorus.

Timing, source and rates matter
The WinField United sampling database includes more than 475,000 data points that help identify nutrient trends based on geography, soil type and environmental conditions. Based on analysis in 2018, it’s clear that a crop’s nutrient needs vary depending on growth stage, reinforcing the need for tissue sampling throughout the season. It’s not enough to know what nutrients may be limiting plant development. To optimize plant performance, consider the timing, source and rates of fertilizer applications.